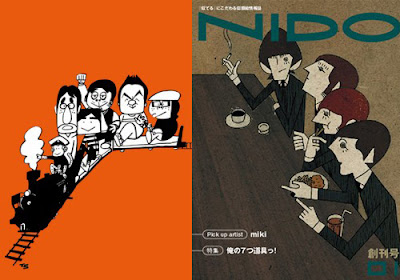 Yesterday I met Tabata and Zengo for Krispy Kreme Donuts in Shinjuku. I finally picked up both Nido and Anima. Nido is a cool new caricature magazine looking at the art of caricatures in Japan. While its in Japanese, the art and pictures themselves make it a must buy if you get the chance to grab it at the convention in November. Anima is a unique animal themed art book. It has art by Tabata, Miki,Tom, Kunikazu, and Sasaki. Most of it is in English and also very cool. 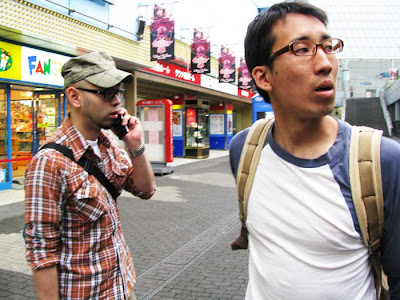 The afternoon was spent hanging out while waiting for Takanabe's brother's boxing match. Here I am with Hideyuki Watanabe. He is fighting in the Japanese newcomer tournament, and has won his first three fights by knock out. He's fighting at 52kg in the super fly weight class. 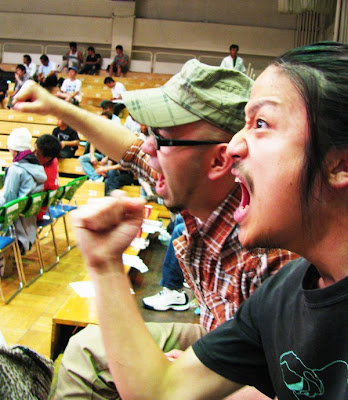 Here you can see Takanabe and Toru Tanaka enjoying the action. It was alot of fun.
Posted by Derek Edwards